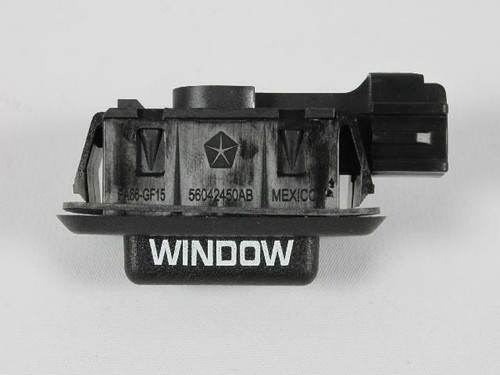 This replacement switch is a genuine Mopar part. It operates the rear flipper window on several Jeep models, including the Grand Cherokee from 1999 to 2004, the Grand Cherokee WK from 2005 to 2010, and the Commander XK from 2006 to 2010.? You can count on JustforJeeps.com for the genuine Mopar replacement parts and aftermarket parts you need to keep your Jeep working like new.